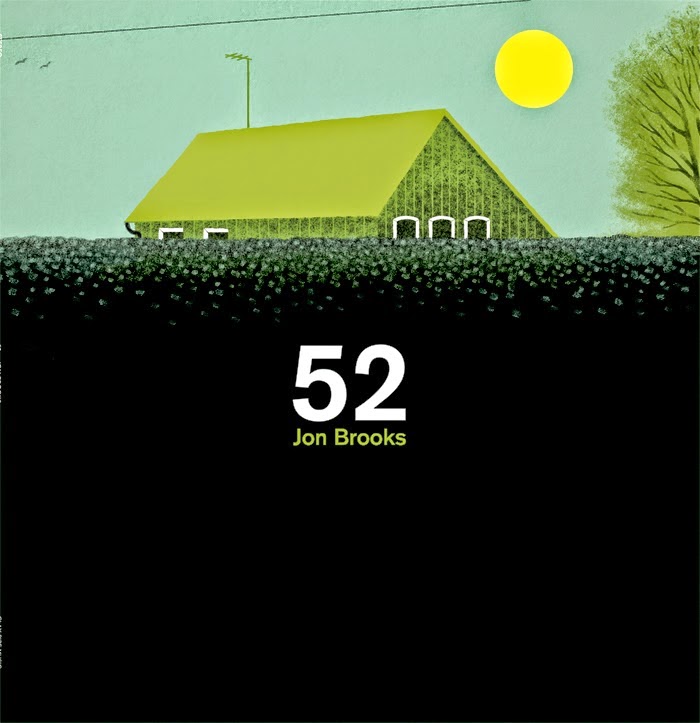 Occasionally, this blog strays into mentioning one or two musical references that largely relate to my childhood and teenage memories of living on the Middlefield Lane estate. These oscillate wildly from Cilla Black to Kevin Ayers or Roxy Music via The Carpenters. Earlier this month, Frances Castle, the creative supremo of Clay Pipe Music, kindly sent me a copy of Clay Pipe’s new release - an album by Jon Brooks called ‘52’ - to write about here. So this post represents a little detour from the blog’s usual business in the form of an album review, but it also gives me a nice chance to reflect a bit on the sound/sonic aspects of memory and sense of place.

Which is about right really, especially when you consider that The Advisory Circle’s albums have all been released on the Ghost Box label. Ghost Box is perhaps the centre-pin for a number of recent British creative projects that are concerned with cultivating an experimental, evocative and enigmatic audio-visual identity based largely on an obsession with the culture of post World War Two Britain. 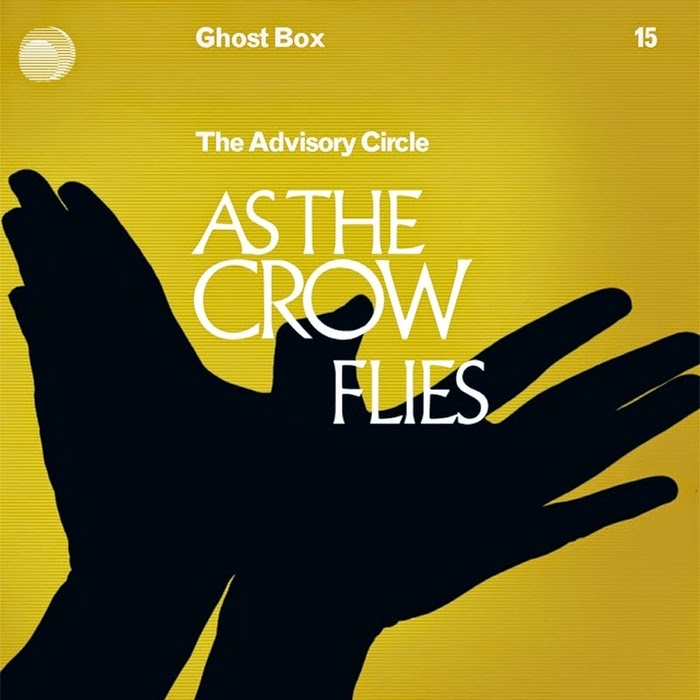 According to the writer Simon Reynolds, Ghost Box is obsessed with ‘the optimistic, forward-looking, benignly bureaucratic Britain of new towns, comprehensive schools and polytechnics’. The music of Ghost Box however tends to dip into the sonic influences of the postwar period – e.g. the BBC Radiophonic Workshop, Music for Schools, archived local news reports from Southern TV – and refracts them through a slightly wonky and ultimately more haunted and pessimistic twenty-first century prism. Brooks summed all this up very nicely when he described his music as an evocation of a time when everything was fine, but not quite right.

‘52’ consists of 14 electronic pieces that are inspired by Brooks’s memories of his Grandmothers' house and garden where he lived as a child – and therefore of a time when your surroundings always appeared fresh and exciting, but with elements - locked doors, cold corners of a room, an old photograph of people you don't know - that had the potential to be unsettling. The snippets of found or half-remembered conversations and feelings that accompany 52 set the tone:

‘The pencil sharpener, the cuckoo clock, everything in its place. The way the dust fell in the late afternoon sun. I wouldn’t leave.’

Correspondingly, the music on the album is beautifully poised and minimal but also sometimes quite unnerving: the final track, ‘End of the corridor’, is reflective of every place you never liked being in when you were a child. As a consequence, there’s nothing overly programmatic, idyllic or predictable about 52. The found sounds, especially of ticking clocks and birdsong, are perhaps to be expected in this particular sonic world of house and garden, but they appear infrequently and obliquely, and often get mangled up behind a set of tones and drones in a way that is suggestive of Eno’s most psycho-geographic ambient work, On Land. Nicer still, pieces like ‘Lichen’ are, to my ears, more reminiscent of the earlier work Eno did with the German band Harmonia in 1976. The really interesting aspect to 52 though is that it circumvents the more idealistic childhood trope of the summer holidays – this is darker stuff, fitting perhaps of a childhood lived within an old person’s world. It also particularly reminds me of those strange but oddly special days when you were ill and at home off school: those out-of-sorts days when you were at home but not at home because you really shouldn't have been there, and because the time went by so slowly and your illness was giving you a heightened (or suppressed) sense of atmosphere and of being.

I’m imagining that the title of the album refers to the number of the house where Jon Brooks lived with his grandmother. The sleeve notes refer to Leafield which I’m guessing was the Oxfordshire village where the house was. House numbers were possibly not the norm in an Oxfordshire village. Was his grandmother’s house one of a small development of possibly postwar, usually early 1950s, council houses that tend to be found on the edges of English villages? Probably not, but it’s a nice thought. There’s not been many sonic champions for the postwar council estate – the nearest, and most sustained example must be Darren Hayman’s 2009 album ‘Pram Town’, a concept album about Harlow New Town – but these tend to be song based and usually written with a punk-rock revulsion towards these estates as places that should only be escaped from. One beauty of the estate where I lived as a kid was that it was on the very edge of the town, and looked out to open countryside. What would a more experimental, abstract evocation of my 1960s council estate sound like? I have a few ideas but, in the meantime, 52 will do for now because its soundscape transported me home again, back to 36, my council house, during one of those days when I was ill off school. And yes, clocks ticked slowly, Radio 2 wavered in and out from a tinny battery transistor radio in the kitchen, sparrows chirped and – being in Lincolnshire during the 1960s and 70s – the occasional Vulcan bomber flew ominously overhead.

52 will be released on 13 October. As usual with all Clay Pipe’s releases, it will be beautifully illustrated and packaged by Frances Castle, this time as a limited edition of 500 vinyl copies from here - so get your skates on. Until then, here’s one track, plus some lovely animation (look out for that aeroplane!) by Frances to whet your appetite: 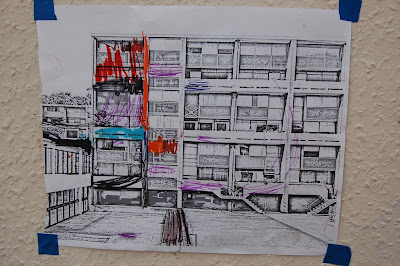 "I was born here and not back in the future"

The title of this post is something that Jess, an 11 year old resident on the Middlefield Lane estate said to me a couple of weeks ago when I was there helping with the Dream House 'happening' (as I like to call it), which I outlined in my last but one post, 'Back to the Future 1965-2015-2016'. I'm not sure I can even begin to unravel the temporal or cultural complexities of Jess's statement, but the one thing I do know is that after spending three days on the estate I now see it more as a positive thing rather than something unwittingly forlorn and regretful as I might have previously thought.


For three days, artists Kate and Steve (aka The Poly-Technic), Alice and Elizabeth from LOV (LincolnshireOneVenues young people's project) and myself set up a mock 1960s living room on the estate to get young people in particular to come and play with a 1960’s dolls house and some 60s games (GO! anyone? Waddington's game of international jet-set travel?), to do s… 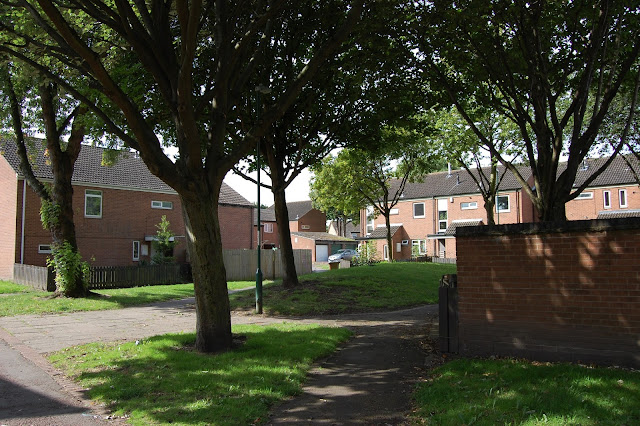 The Radburn Idea 1: nothing lost and a good deal to be gained

... It would appear that there is nothing to be lost and that there may be a good deal to be gained by pursuing the Radburn Idea further, provided always that those who do so take the trouble to familiarise themselves thoroughly with the principles which underlie it.

It's been eight months (April 2017) since I last posted here (on the perpetual wonders of children making their council estate home environment their own), but this was largely due to me working on what is really the crowning glory of this blog, my book Middlefield: A postwar council estate in time, which was published by the estimable Uniformbooks in the summer. In that book I wrote about how the open plan, pedestrianised spaces of the Middlefield Lane estate enabled its children to play freely across its spaces. As this blog has pointed out many times, Middlefield was but one … 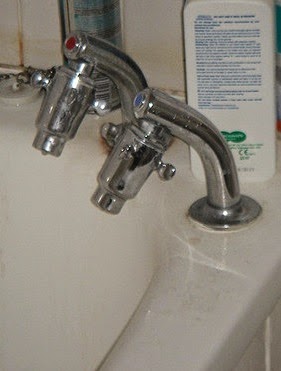 Studies on memory, such as Martin A Conway’s Autobiographical Memory: An Introduction (1990) generally begin with the premise that the experience of remembering is determined by the recall of events or episodes that are dominated by a particular sense of place and time. The memories of our childhood in particular are often dominated by vivid, visual reference-points that are the remnants of the intense and unmediated experiences of a child. Back in June 2013, in a post called You're My World I recalled what I think is my very earliest memory: of me and my Mum and Dad viewing what was to become our new council house in the early Spring of 1964. The one visual reference point I have of that time was the stainless steel kitchen sink unit, and the two chrome taps that hung over the sink. I particularly remember that these taps had little red and blue dots embedded in them, one for hot and one for cold, like this:

They were called Supataps, and they were all the rage in the 1950s and 60…